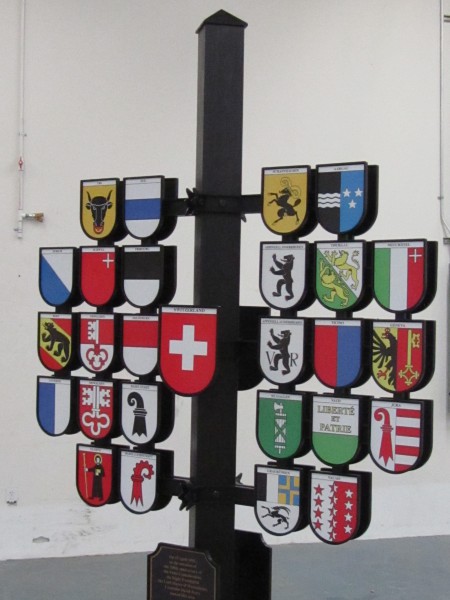 Occasionally KiwiMill receives a commission for a personal piece of “art” to display in a client’s home. Our latest project of this nature was a Swiss Canton Sign.

You may ask what a Swiss Canton is. The name is derived from the French language word “canton” meaning corner or district. The 26 cantons of Switzerland are the member states of the federal state of Switzerland. Each canton was a fully sovereign state with its own borders, army and currency until the establishment of the Swiss federal state in 1848.

The sign structure was laser cut and assembled out of ABS plastic. The shields themselves were molded and cast. The images for the cantons were taken off the internet and sent to a sign maker to print on vinyl.

The resulting Swiss Canton Sign is now on personal display in our client’s home in Hawaii, after having shipped safely over the recent holidays.