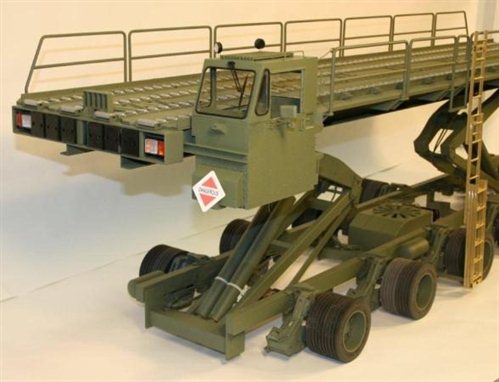 In the shop right now is a project involving a 60K Tunner scale model. KiiwMill has built one in the past and is being asked to make another. Utilizing the shop of one of our associates, CLAD Industries, sheet metal is being formed for some of the parts of this aircraft loader.

The  loader is named in honor of William Henry Tunner (1906-1983), Lieutenant General in the United States Air Force. Known for his expertise in large-scale airlift operations such as the Berlin Airlift, his name was chosen for this piece of equipment in a 1997 industry naming contest.