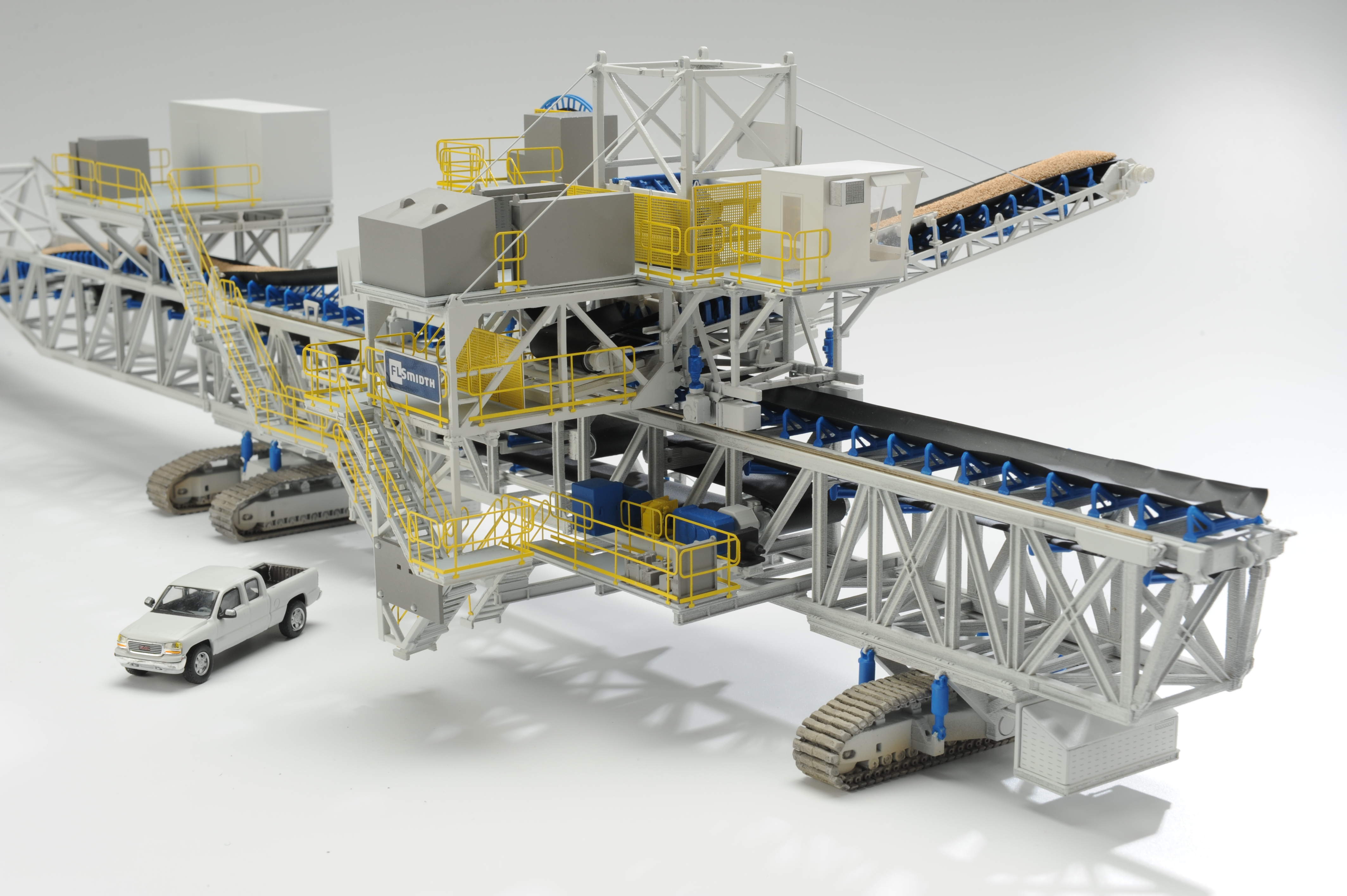 This mobile stacking conveyor is part of a system of conveyors that is used in the mining industry to continuously stack mined material. To demonstrate the immense scale of this machine, FLSmidth commissioned a 1:75th scale industrial model for trade shows and client visits.

This was our very first project involving a model that was made of 95% 3D printed material. Drawings were created in Inventor for days. The 3D printer grew parts. They were cleaned and sorted. The model was painstakingly pieced together. Brass etched railings were added, as well as a conveyor belt depicting material being moved up it. A pick up truck was added (slightly bigger than matchbox size) for scale. Lately, our model makers have chosen to pack our most delicate scale models in a custom-made foam and cardboard enclosure, before placing it in yet another layer of foam that lines the Pelican cases we often use. 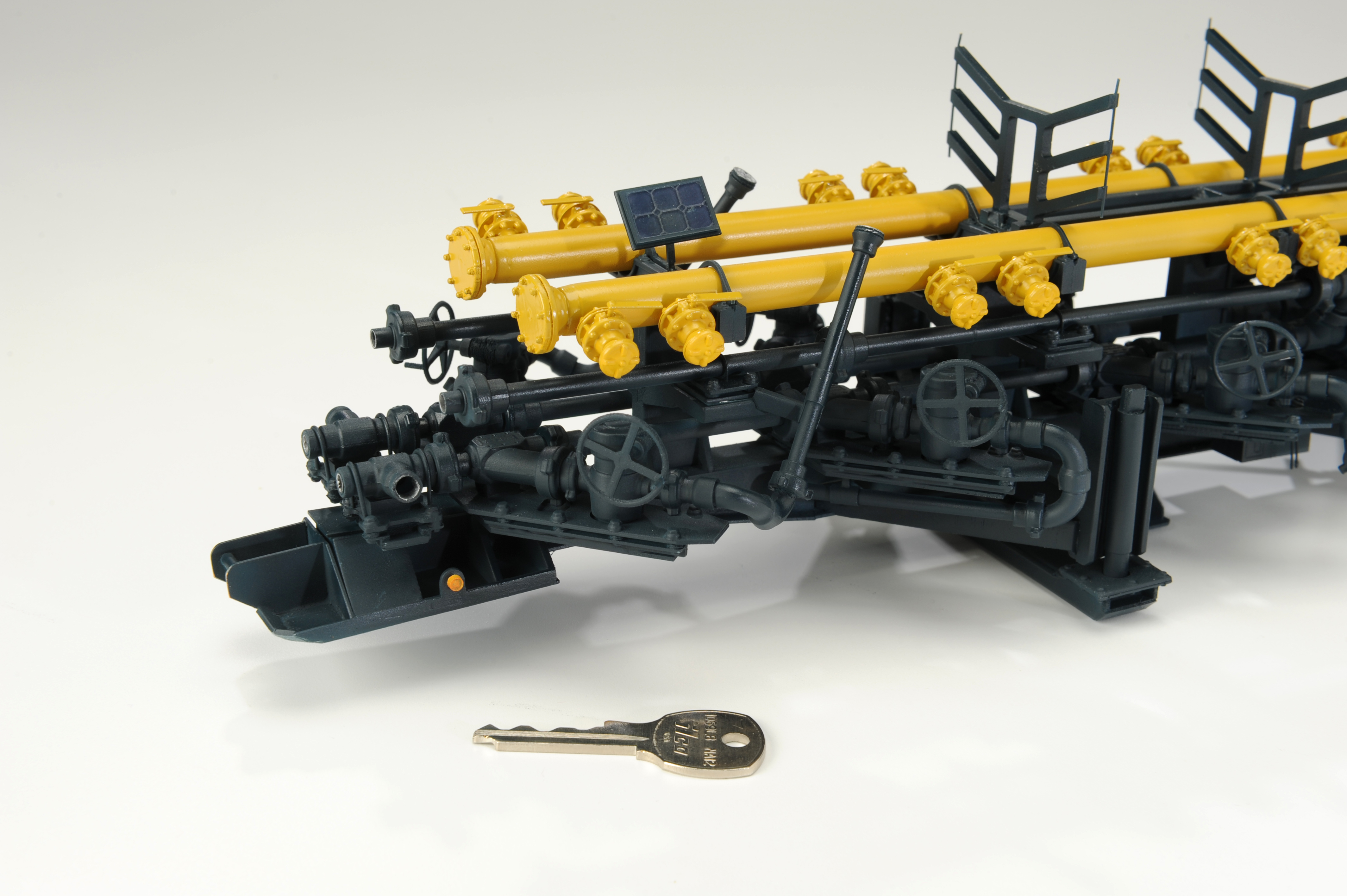 This industrial model of a Manifold Trailer for Forum Energy Technologies involved extensive use of our 3D printer. The result was stunning detail, accuracy, and with the addition of brass structure, great strength.

KiwiMill model makers were very pleased with this attempt to create a model primarily of 3D printed parts that were then assembled into the finished product. 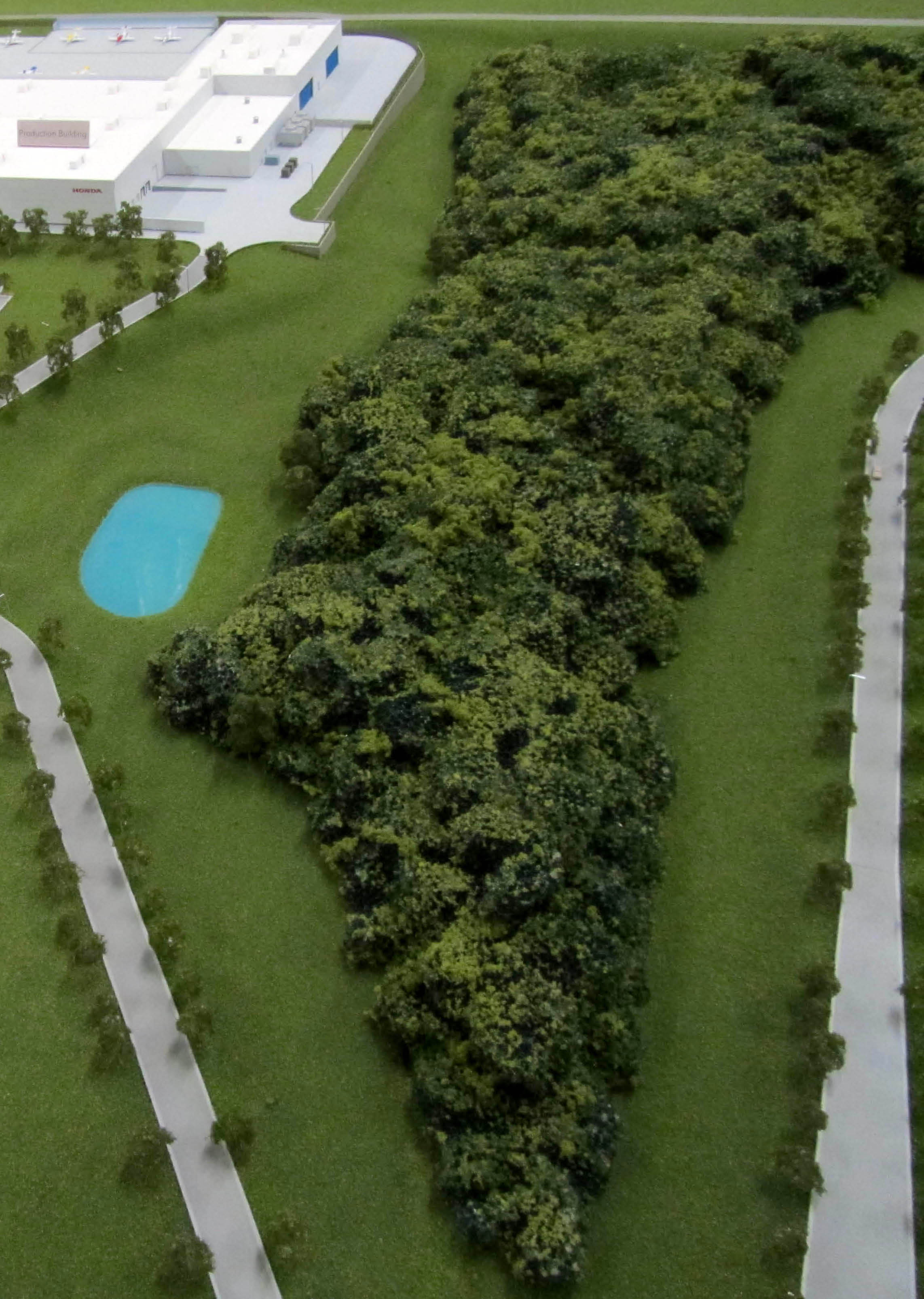 Ever wonder how to make wooded areas on a small-scale site model? After much experimentation over the years, KiwiMill settled on a method that captures the essence of this particular landscape. Interestingly, it does not involve planting hundreds of individual model trees close together. No matter how tightly placed the trees, this method still lets in too much light – not realistic looking for a densely wooded area. Instead, industrial filters – the kind used in air conditioning units – form the base for the wooded areas. These filters are then hand-sculpted by the model makers. Depending on the over-all scale of the model, these sculpted pieces are layered on top of each other. Three layers of 1/2 inch thick filters represent 60 ft  high trees accurately. The layers are painted all over the surfaces with glue and flocked with various natural shades of green, brown and yellow. When placed on a site model they represent small-scale wooded areas with depth and lushness. 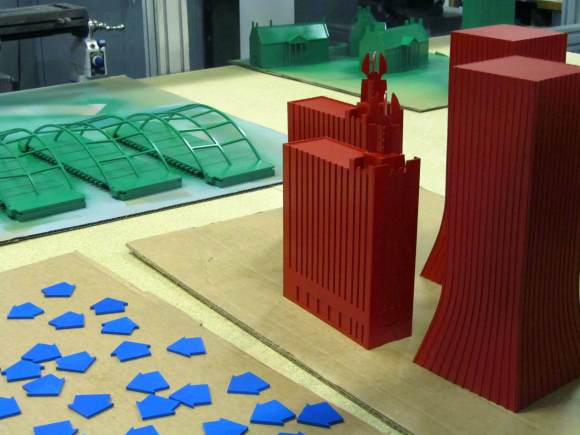