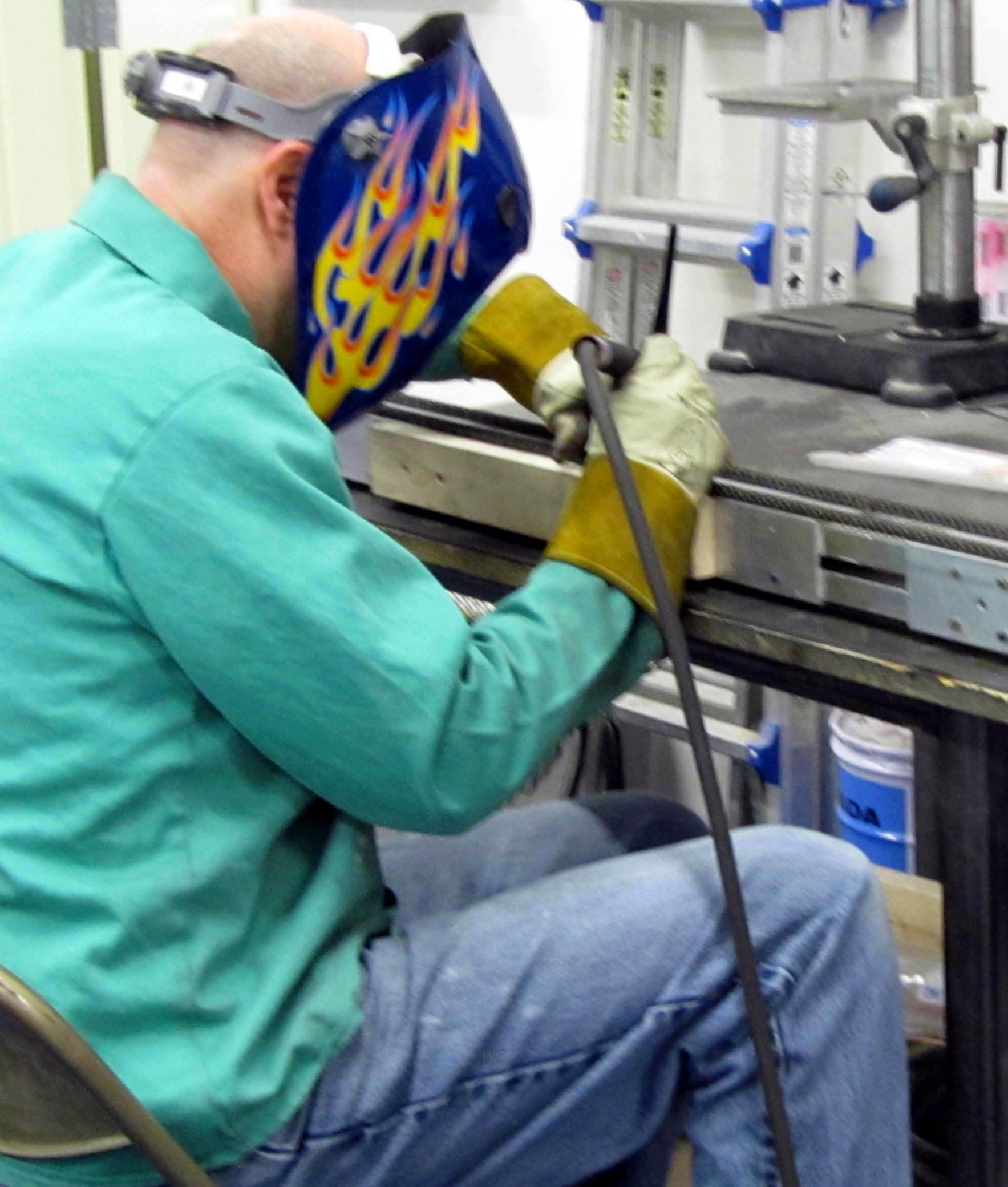 One fabrication technique that is not often associated with model making is welding. While styrene plastic and glue are staples of some model designs, many more are made out of metal for stability, longevity and appearance. One way to fasten metal model parts to each other is by welding, or a similar technique: soldering. While not every model maker is skilled in this trade, it’s helpful to have the training and equipment on hand in a professional model shop.

Welding is the process of bonding parts together by applying heat to two pieces of metal and melting them together along with a filler material to form a strong joint when cooled. Soldering is similar but does not actually melt the work pieces themselves, only the filler material between them which has a lower melting point, thus requiring less heat application.

Types of models that may need welding or soldering application vary. If a model needs to hold up to heavy handling by the client it might be considered a good candidate for brass, sheet metal or stainless steel. A more delicate material would not hold up to rigorous use.  As with most models, the purpose or intended use informs the materials and fabrication techniques involved.

Currently KiwiMill has two models in the shop that required welding. One is a large-scale model of an asphalt plant and the other is a model of an expandable shipping container. One of our model makers has apprenticed with another in-house master welder to complete these projects. 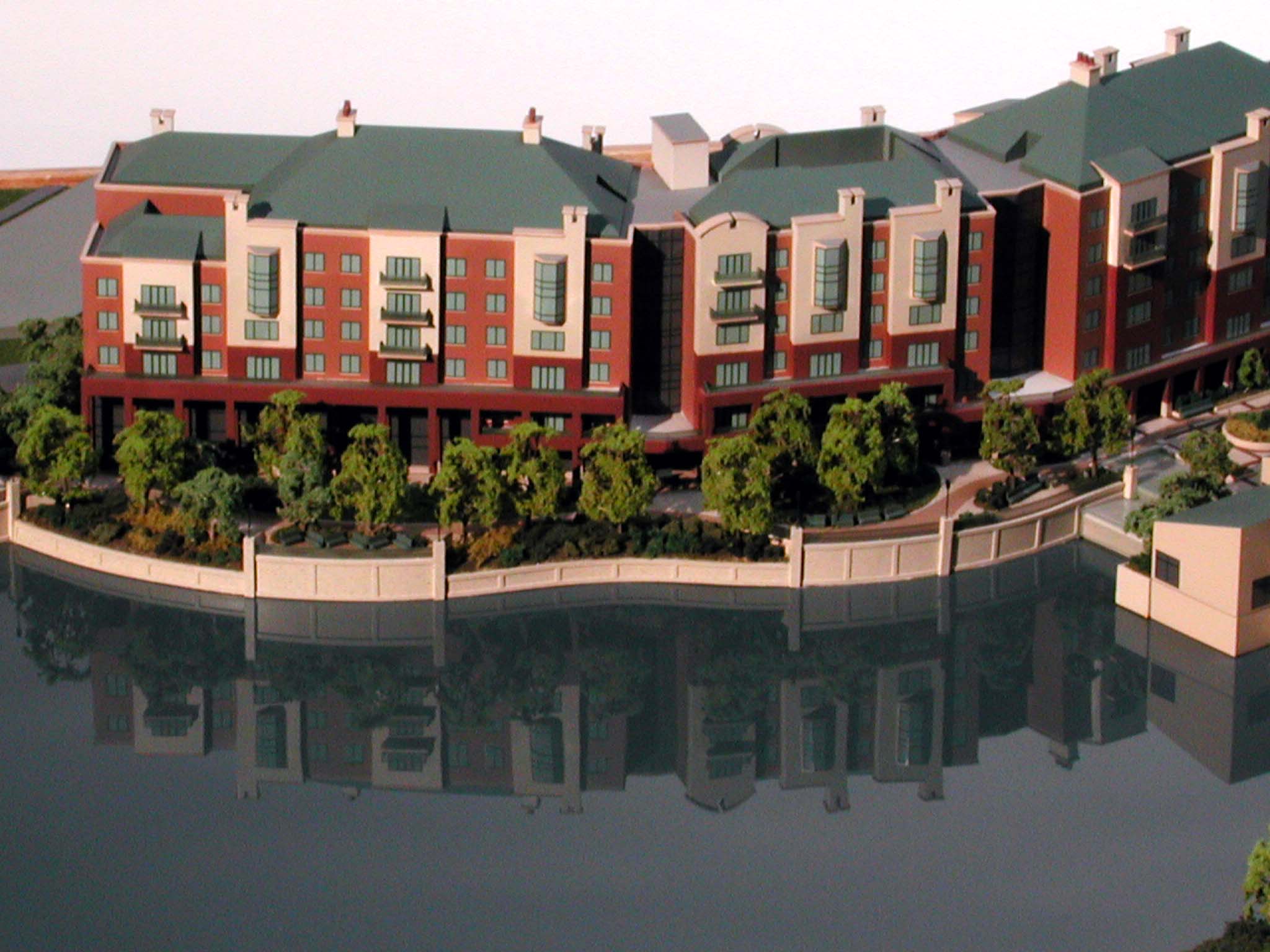 Most people can get excited about architectural models. Breathtakingly huge skyscrapers lit from the interior,  intricately detailed cottages with lift-off roofs, or lushly landscaped commercial developments capture attention. These types of models can be true works of art.

Besides being beautiful to look at, architectural models play an important role in society in general and development specifically. They are used to approve plans, raise funds, marketing and sales, as well as showcasing exceptional or historically significant design.

There are as many different types of architectural models as there are approaches to building one. Simple mass designs, in one solid color (usually white), semi-detailed studies with medium levels of texture, color and intricacy, all the way to museum quality finely detailed marketing models with landscaping as important as the architecture. The type of architectural model is ultimately dictated by its use in the business world, along with budgetary concerns of the client.

KiwiMill works closely with architects and developers to produce highly accurate, one-of-a-kind, finely crafted simulations of design in a time-frame that meets the needs of our clients. 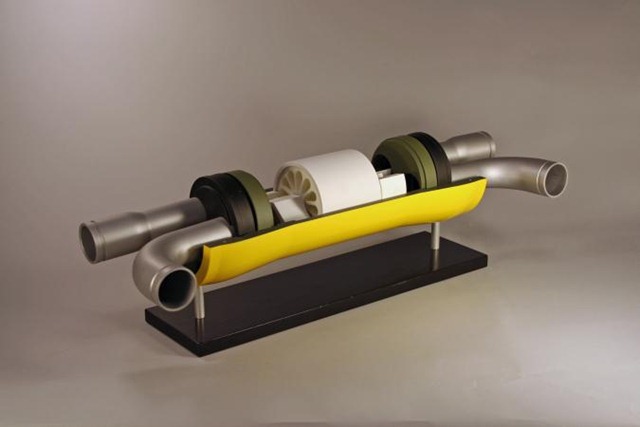 This is a cutaway model of the PX-220, an energy recovery device. The client has requested 10 copies from our model makers to be used for sales and training.

away model of the PX-220, an energy recovery device. The client has requested 10 copies from our model makers to be used for sales and training.

It may seem oddly counter-intuitive, but often the quickest, least expensive way to make a new product is to first make something else – a prototype model.

A prototype model is a special type of model that engineers or designers use to test a product’s properties and function. Prototypes allow engineers to explore design alternatives, test theories and confirm performance all prior to starting production.

Early on in the creation of a new product, a series of prototypes might be designed, fabricated and tested, progressively refining the final iteration. It’s assumed that the initial prototype will have many changes made to it as feedback is given.

The prototype model is a learning tool above all else. Different types of prototypes serve different purposes, and provide specific answers to design questions.

Some prototypes are for proof of concept – they don’t attempt to simulate the finished product in any way. Other prototypes replicate the size, look or feel of the product using simple materials and are meant to be studied but not put to repeated use. Some are constructed out of sturdier materials and are expected to be withstand  rigorous  human interaction during the testing phase. Some prototypes are meant for visual fidelity only. They copy flawlessly the visual appearance of the product for use in photo shoots or executive review. A fully  functional, or working prototype would simulate the final product to the highest degree, or fidelity. This prototype would be for a final check before production began.

So why bother having a prototype instead of the real product? Simply put, a prototype will save time and money in the long run. Prototypes show potential investors or users an idea of what the product looks like in the earliest stages of development. Less expensive materials and manufacturing processes, along with simpler details and engineering, allow for more design options to be tested using prototypes before committing to the production stage. Identifying problems with design early on saves money. Having users test  different designs during the development cycle gives critical feedback that will likely result in a more marketable final product.

It’s cost-effective to make use of prototypes during the design process, and it need not slow the actual time down between the initial idea and it’s arrival on the market. It can in fact speed that process up.