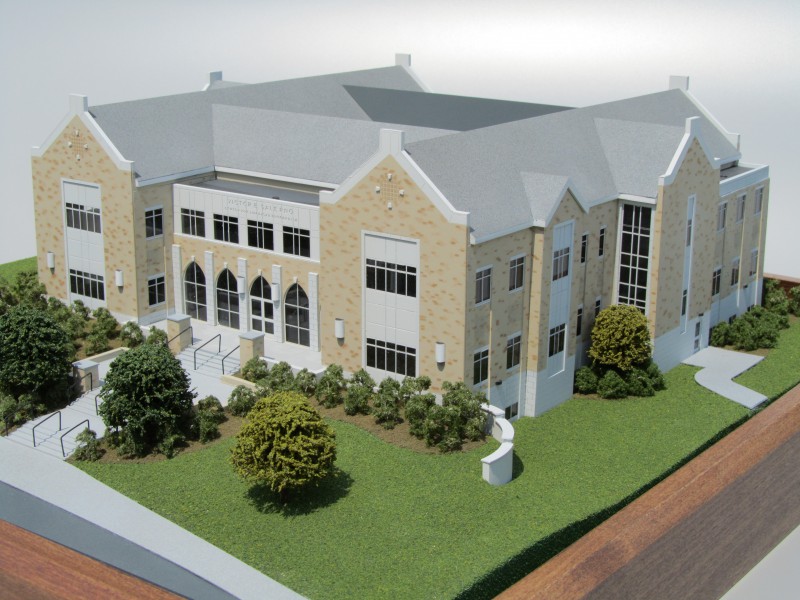 This particular architectural model was made mostly from precision laser cut plastic. It has a unique brick texture that has been spray masked on to match the particular pattern used by the college.

The architects on this project wanted the option of showing the various HVAC parts that are commonly found on the roofs of buildings. While they are not often depicted in architectural models, KiwiMill built the scale HVAC equipment and provided the pieces loose, so they can be added to the model if desired.