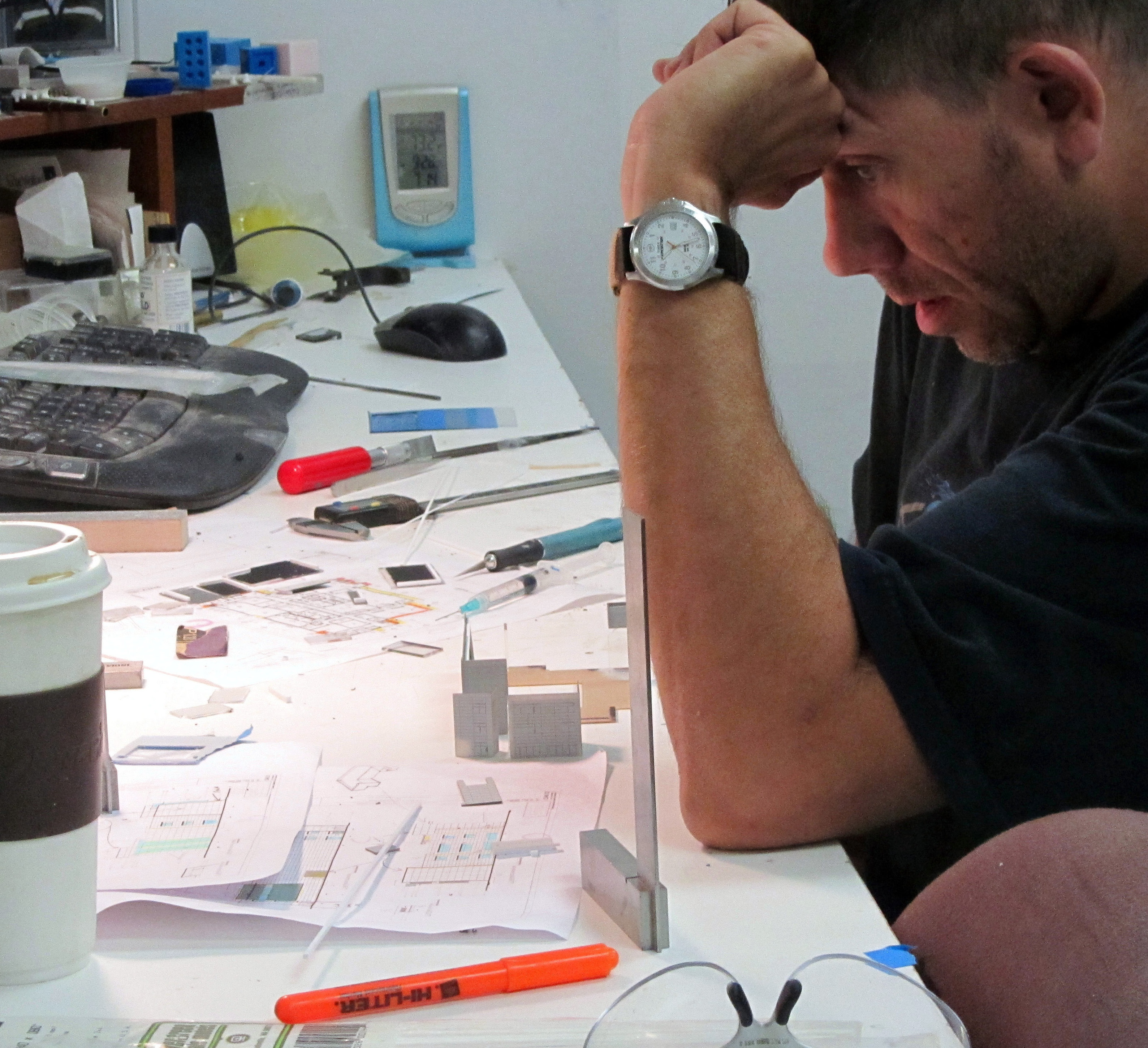 Model making involves as much pre-planning as possible for each project to avoid mistakes later on. First, by determining exactly what the client’s needs are and determining the model’s over-all purpose. Where will it be used, how often and with what desired impact? Then, by brainstorming  ideas for the construction – materials and fabrication methods – model makers determine the best way to go about the actual build. Data about the model is also collected from the client and/or researched, including dimensions, structural details, colors and textures, in order to completely understand what is to be built.

All of this pre-work is designed to minimize problems further along in the model making process. Misinterpreting a client’s expectations can be a disappointing and expensive realization further into the project. Using the wrong materials for a part of the model can threaten its structural integrity. Utilizing a particularly complex fabrication process might cause the project to run over its deadline. Not clarifying conflicting measurements on a drawing might result in a less than accurate replica. Even something as simple as a slightly off paint color can derail a project during the important crunch time before a due date.

No matter how much careful planning takes place up front in a model build, there is always the possibility of mistakes along the way. Model makers don’t necessarily expect them, but they do plan for them and are trained at quickly fixing problems on the fly. Trouble shooting skills are essential in the profession.

Sometimes changes are made by the client during the project. Something on the model needs to be fixed because new information is replacing the original data. This might mean a return to the 3D drawing stage to redesign a part, or simply the integration of a new file sent by the client.

Other times, inconsistencies in materials can make for mistakes in the modeling process. Model makers are prepared for the occasional odd performance of resin, plastic or paint.

More commonly there will be a mistake in fabrication. A model maker spends a good deal of time on the actual build – molding, sawing, drilling, routing, welding, cutting, gluing, painting, sanding or milling. Even the most experienced model maker will occasionally mess up during one of these processes.

Fixing mistakes and making adjustments are part of the model making routine, and generally do not get in the way of a project’s successful completion. Model makers put a lot of effort in the planning stages to avoid costly mistakes later on. However, being  gifted with their hands, as well as analytic thinkers, they are well prepared for the challenge of when things do go wrong.