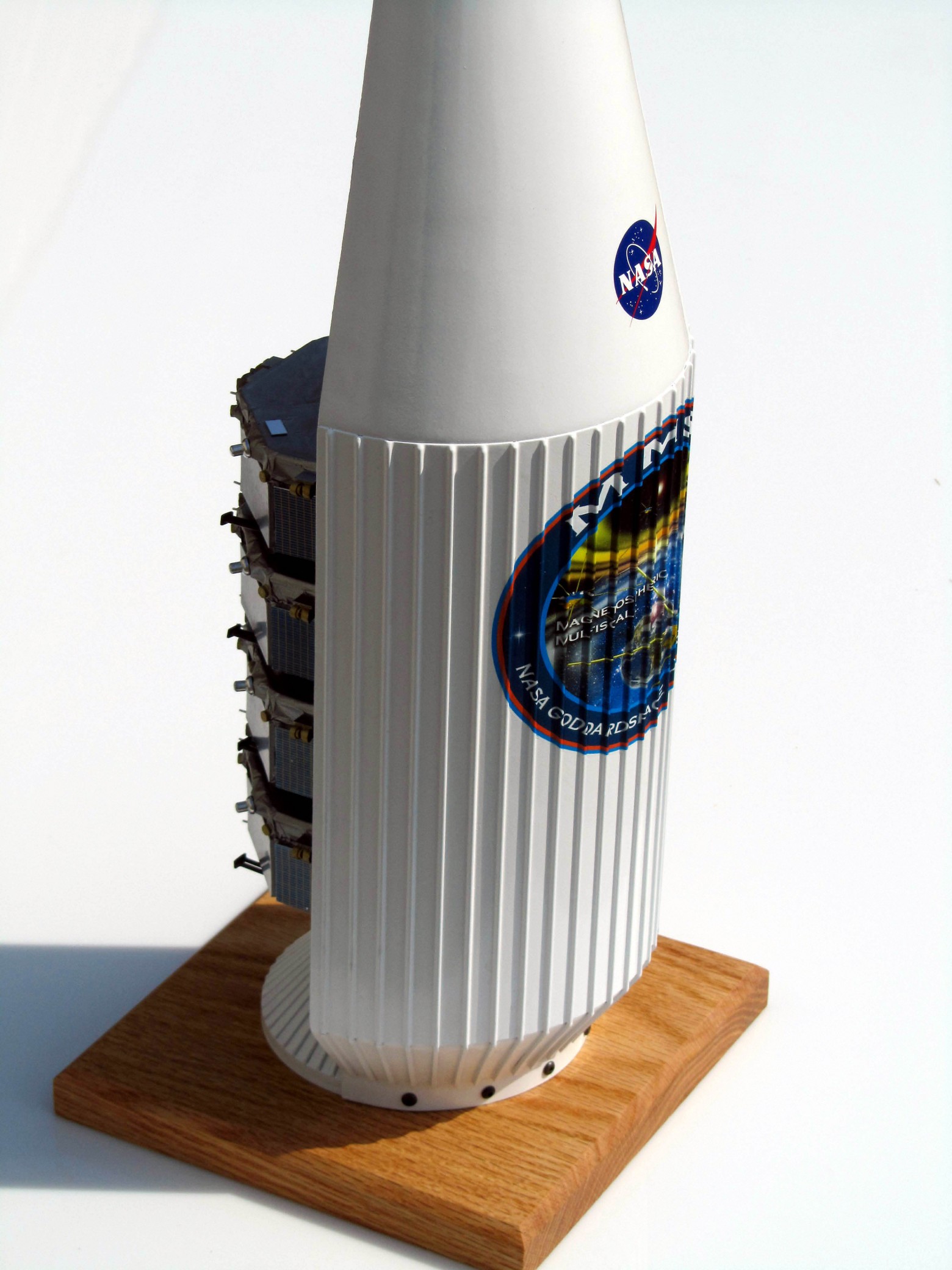 KiwiMill recently shipped out a spacecraft model of  the  Magnetospheric Multiscale (MMS) mission. This is a NASA launch set for 2014, where 4 identical spacecraft will be sent in a capsule to probe Earth’s magnetosphere. http://mms.gsfc.nasa.gov/.

The cone of the model was vacuum formed and laser cut ribs were later added to the inside. On the outside of the cone, ribbed sheet stock was used. The solar panels are decals. The 4 spacecraft housed inside the cone were molded and cast out of resin, complete with their instruments.